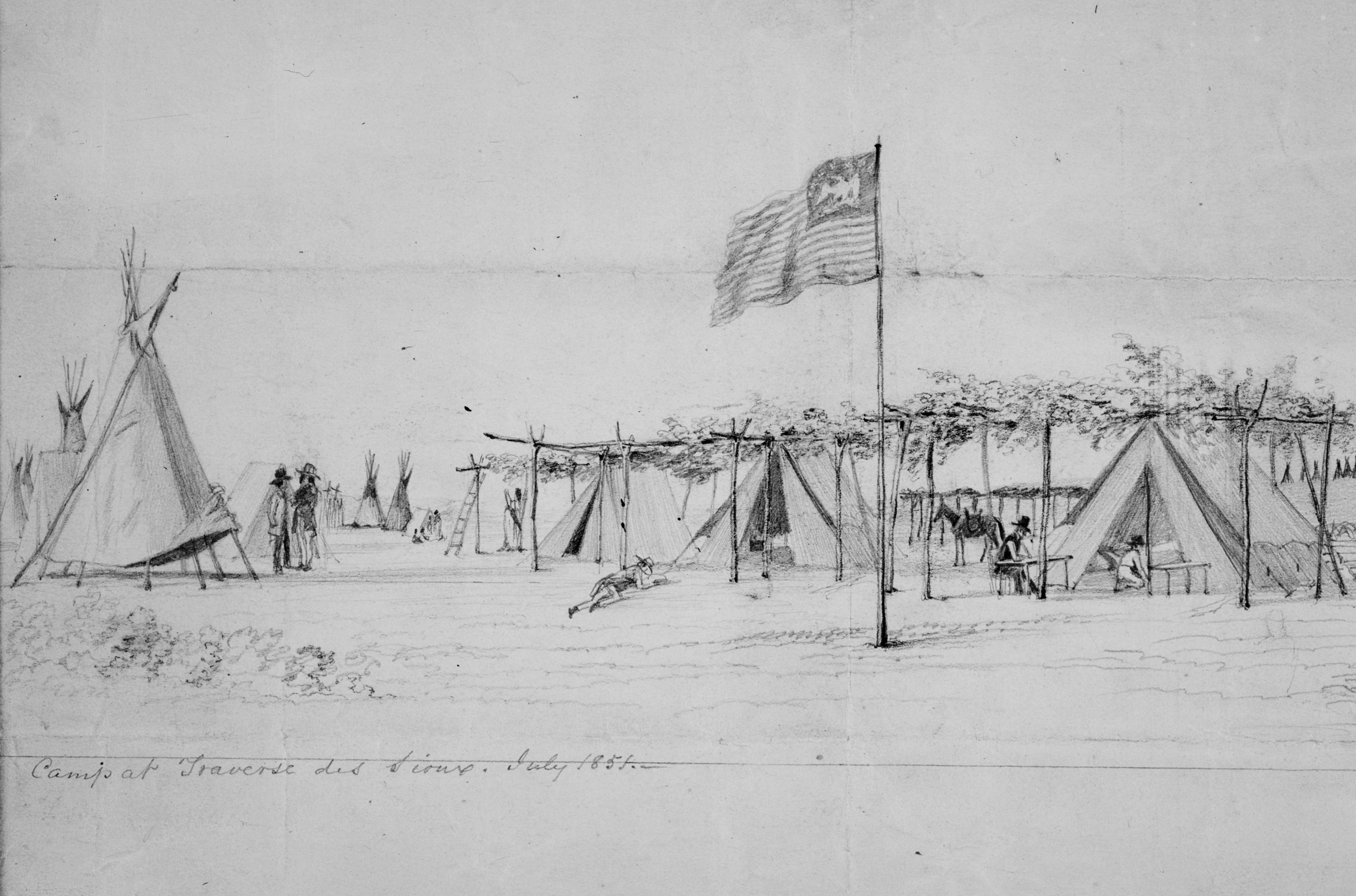 ORIGINAL INHABITANTS
Plymouth’s history can be traced back to the pre-Columbian period, 1400 to 1500 CE. Its original inhabitants were the Dakota whose encampment was at the north end of Medicine Lake. 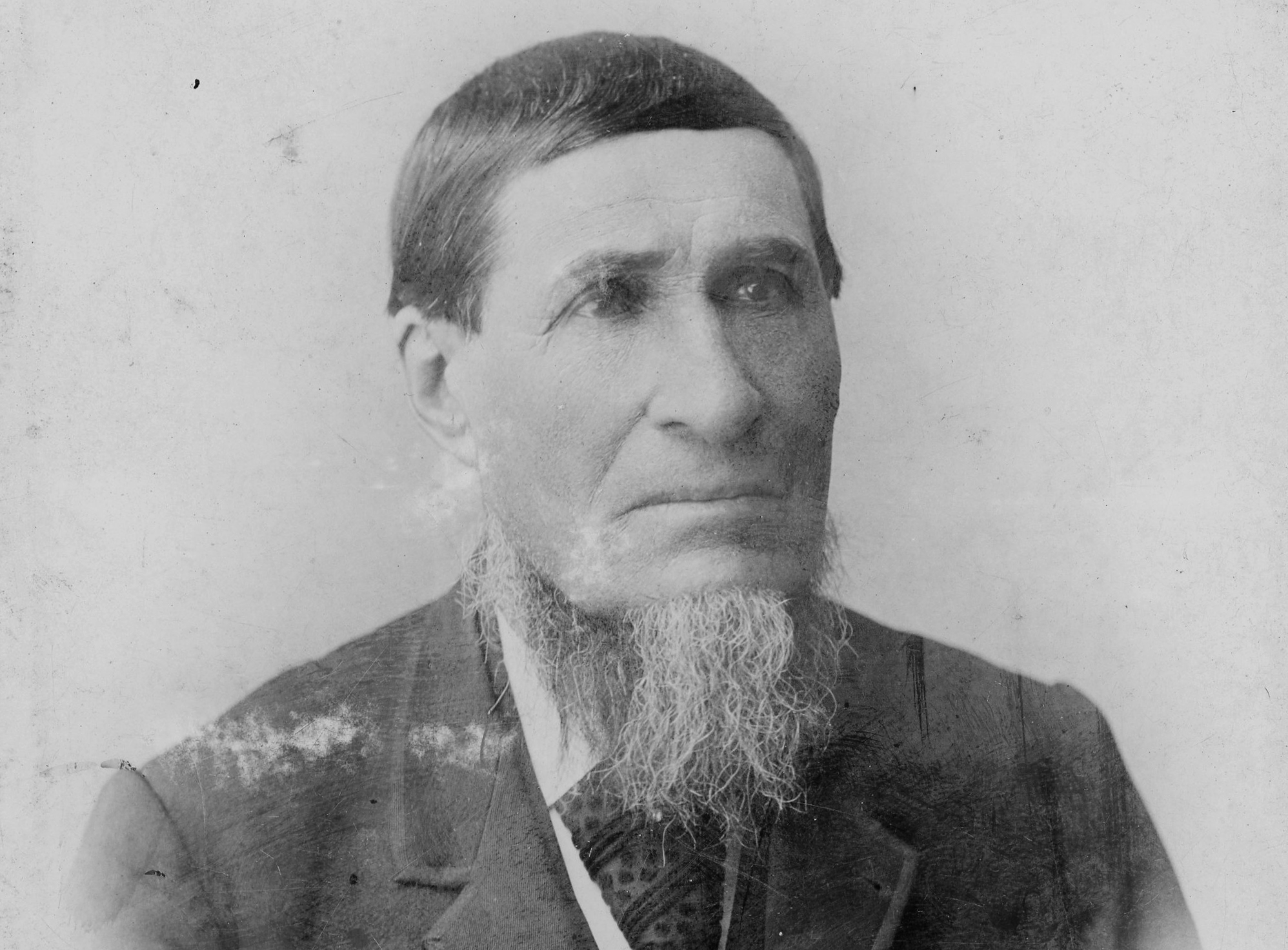 FIRST EUROPEAN SETTLER
Antoine LeCounte, a guide and explorer, was the first settler to this area. He arrived in 1848, but did not settle until 1852. He built Plymouth’s first cabin at what is now E Medicine Lake Boulevard and 29th Avenue N. 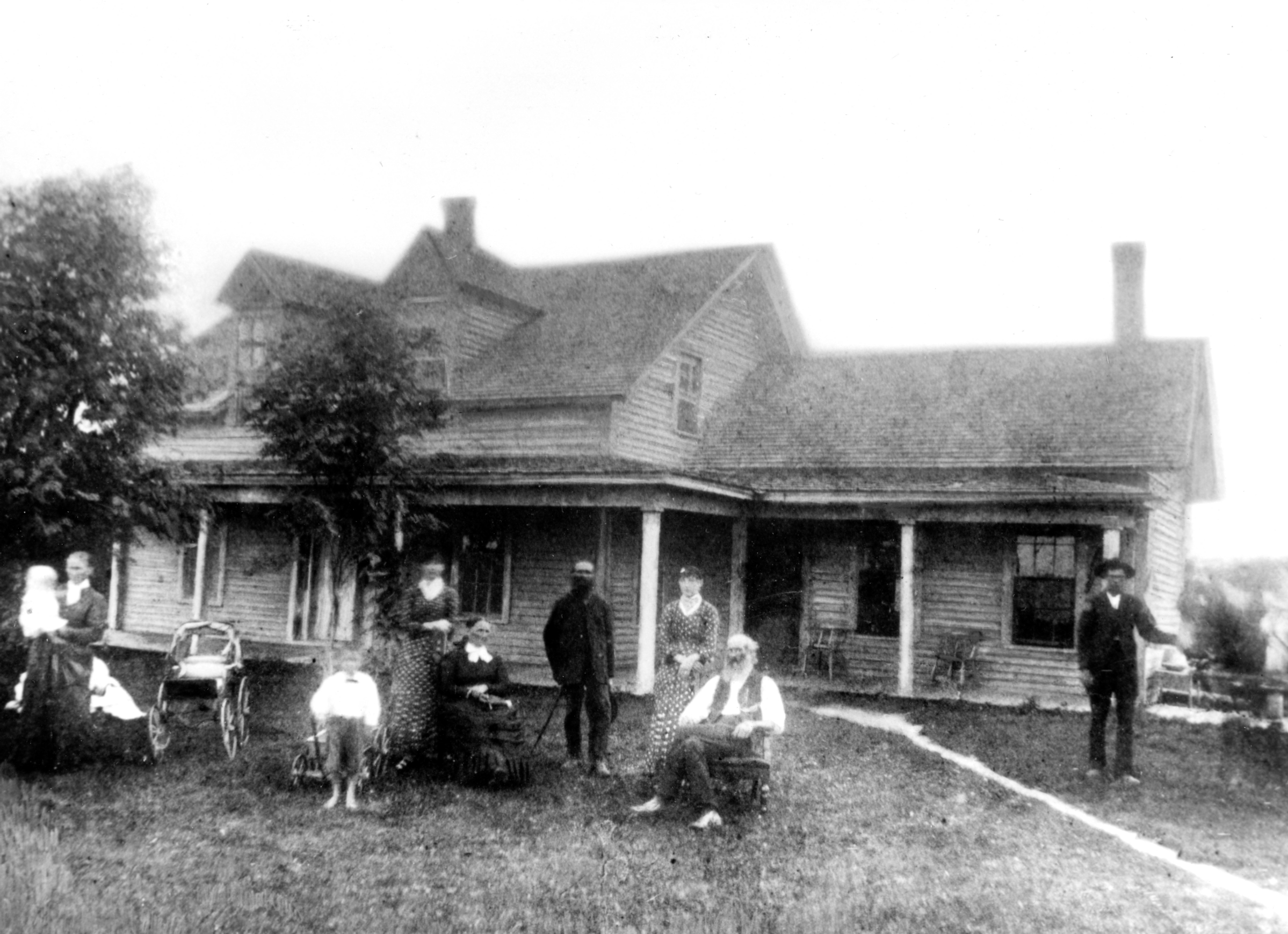 VILLAGE OF PLYMOUTH
Others followed LeCounte to Plymouth in 1853 and 1854, claiming land, clearing it, and building new homes and businesses. The site for the village of Plymouth was laid out in the fall of 1856 by Daniel, Alfred, James, Charles, and Israel Parker on the northwest shores of what is now known as Parker’s Lake. A gristmill and other structures were built in the area. In the spring of 1857, the waters of Parker’s Lake rose, flooding the mill. It was soon taken down and moved four miles southwest to Freeport, now called Wayzata. 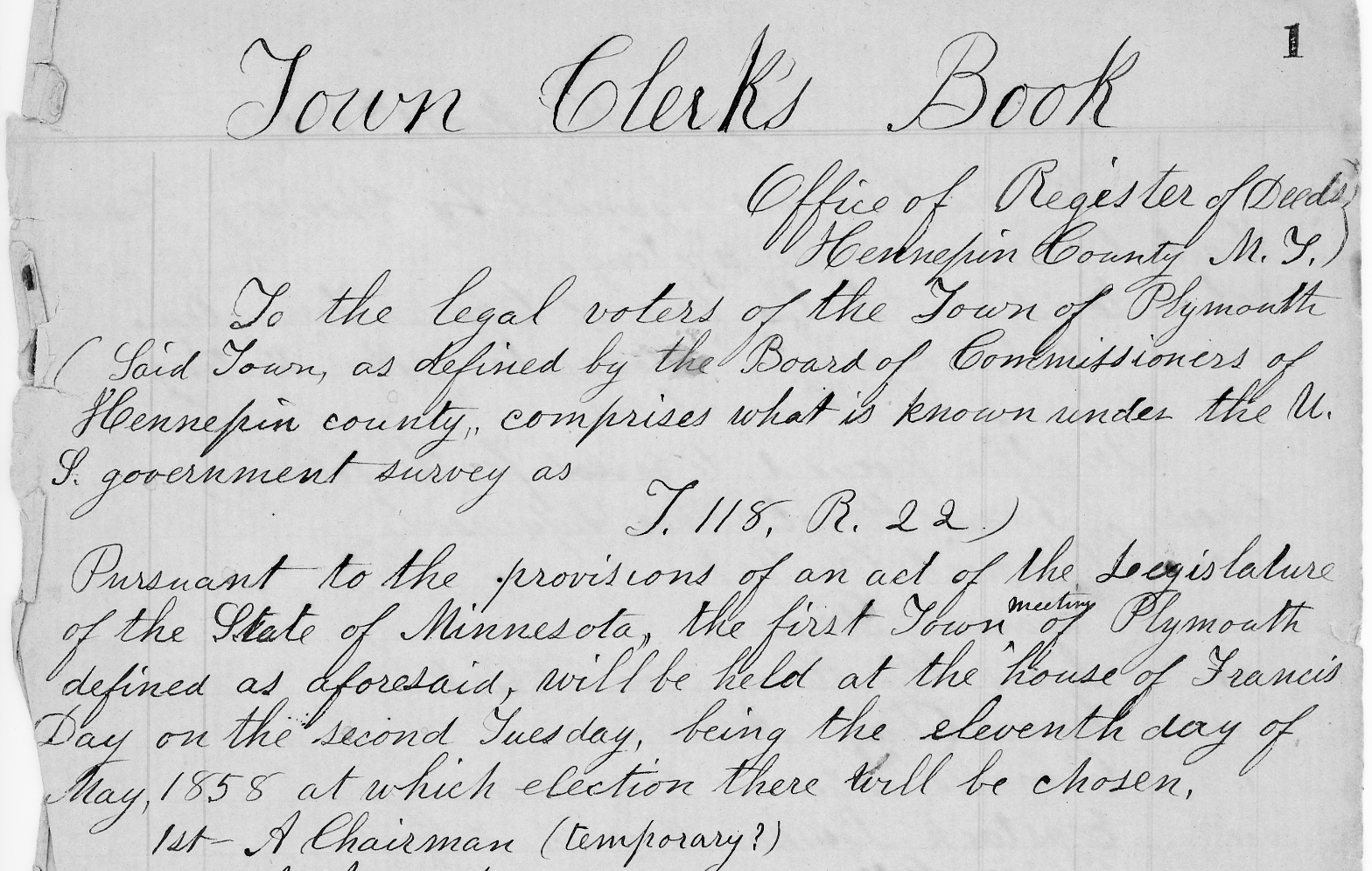 ORGANIZATION
As new settlers arrived in the area, they decided to organize. The Hennepin County Board of Commissioners established the congressional town 118-22, naming it Plymouth. On May 11, 1858, the townspeople met at the home of Francis Day to open elections for town offices. On June 1, 1858, the newly elected officers voted to change the town’s name to Medicine Lake. This was used once at the next town meeting, but for reasons unrecorded, it was never used again. 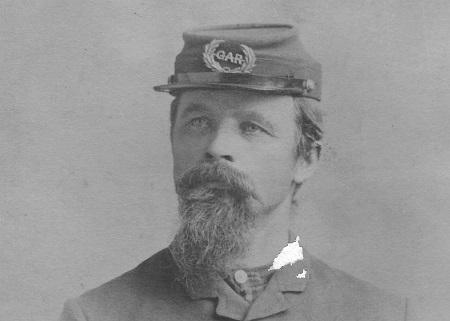 CIVIL WAR ERA
When the Civil War started, Plymouth paid its volunteers $25 to enlist. At about this time, Plymouth's growth began to take on a new look. Schools and churches now dotted the landscape, along with a series of post offices and hotels. 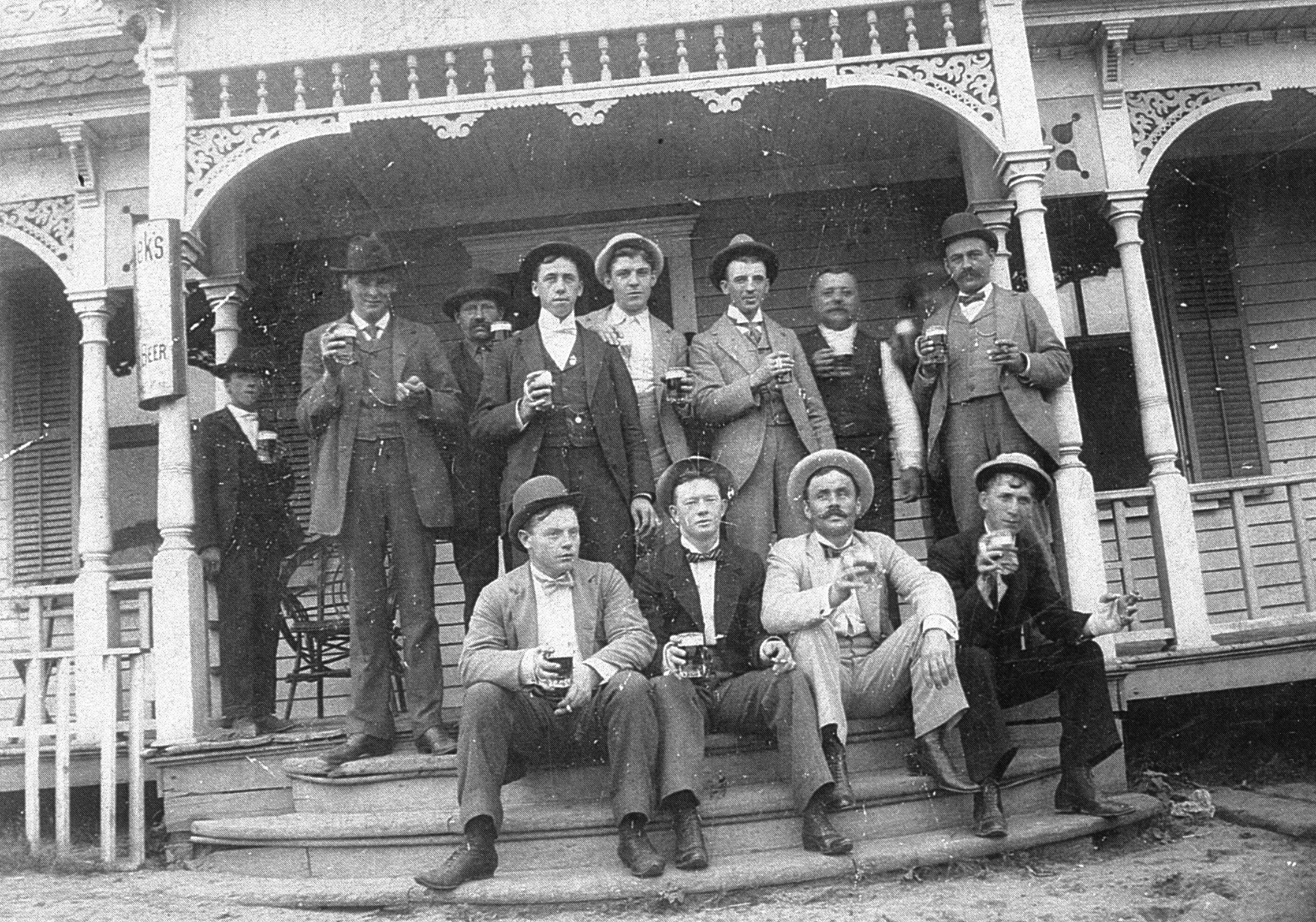 GROWTH AND CHANGE
More changes occurred after the Civil War. By 1880, Plymouth boasted a population of 1,074 and collected $667 in annual taxes. Railroads and an extensive network of wagon roads were built, connecting Plymouth with other towns. Schiebe’s Corner, including a hotel, dance hall, ice house, and stables, was located at the intersection of roads from Watertown, Wayzata, and Hopkins. It was the place for travelers to stop for the night before heading into Minneapolis. Cabins and resorts were built around the shores of Medicine, Parker’s, and Bass Lakes, serving tourists and vacationers from Minneapolis and St Paul. 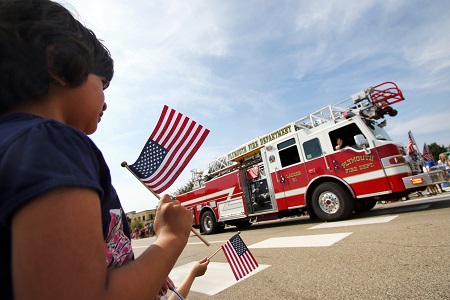 PLYMOUTH TODAY
For much of the 19th and 20th centuries, Plymouth was a farming and resort community. In 1955, Plymouth Township became a Village and then a City. In the early 1960s, the interstate highway system was developed making it possible for workers to commute to and from the Cities. Curt Carlson and others bought hundreds of acres of land in the city and created what was known as the Minneapolis Industrial Park. With new businesses moving to the city, the need for employees and for housing also grew. Today, Plymouth is the seventh largest city in Minnesota with a population of over 73,000.